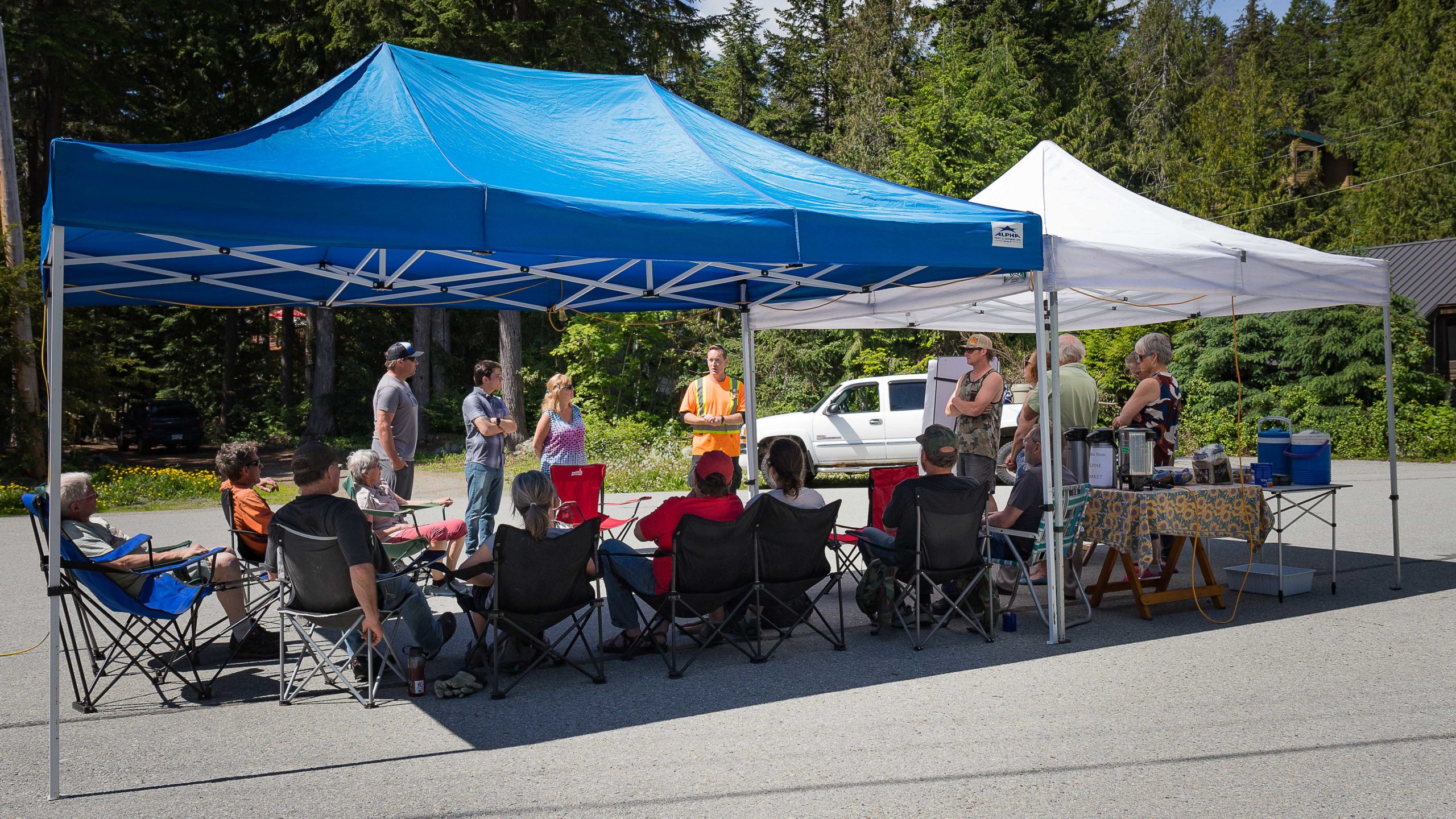 This was our third year in a row of hosting a BBQ. The first year we had a BBQ with the intent of having neighbours get to know each other and learn about being bear smart, fire smart and looking for invasive species. We started a neighbourhood facebook page to communicate between us. The next year we had a BBQ, hosted a bear talk and an invasive species talk and there was a Green Lake clean up event as well. This year we hosted a firesmart talk and a yard waste bin in the neighbourhood to encourage removing dead wood and fuel materials. Over a dozen neighbours had a firesmart inspection and a lot of material was removed from the neighbourhood. We also did an invasive species walk to learn and remove invasive species from public spaces. We celebrated this work with a BBQ Sept 8 where over 70 neighbours came to eat burgers and try out the many desserts brought by the neighbours. This was a zero waste event so we had borrowed the AWARE zero waste station and encouraged people to bring their own plates and cutlery. We encouraged neighbours to show where they lived on a map and talk about issues that they were concerned about. So far the response has been very positive, with more people knowing each other, getting together to work on projects, cleaning up the neighbourhood and advocating for change.