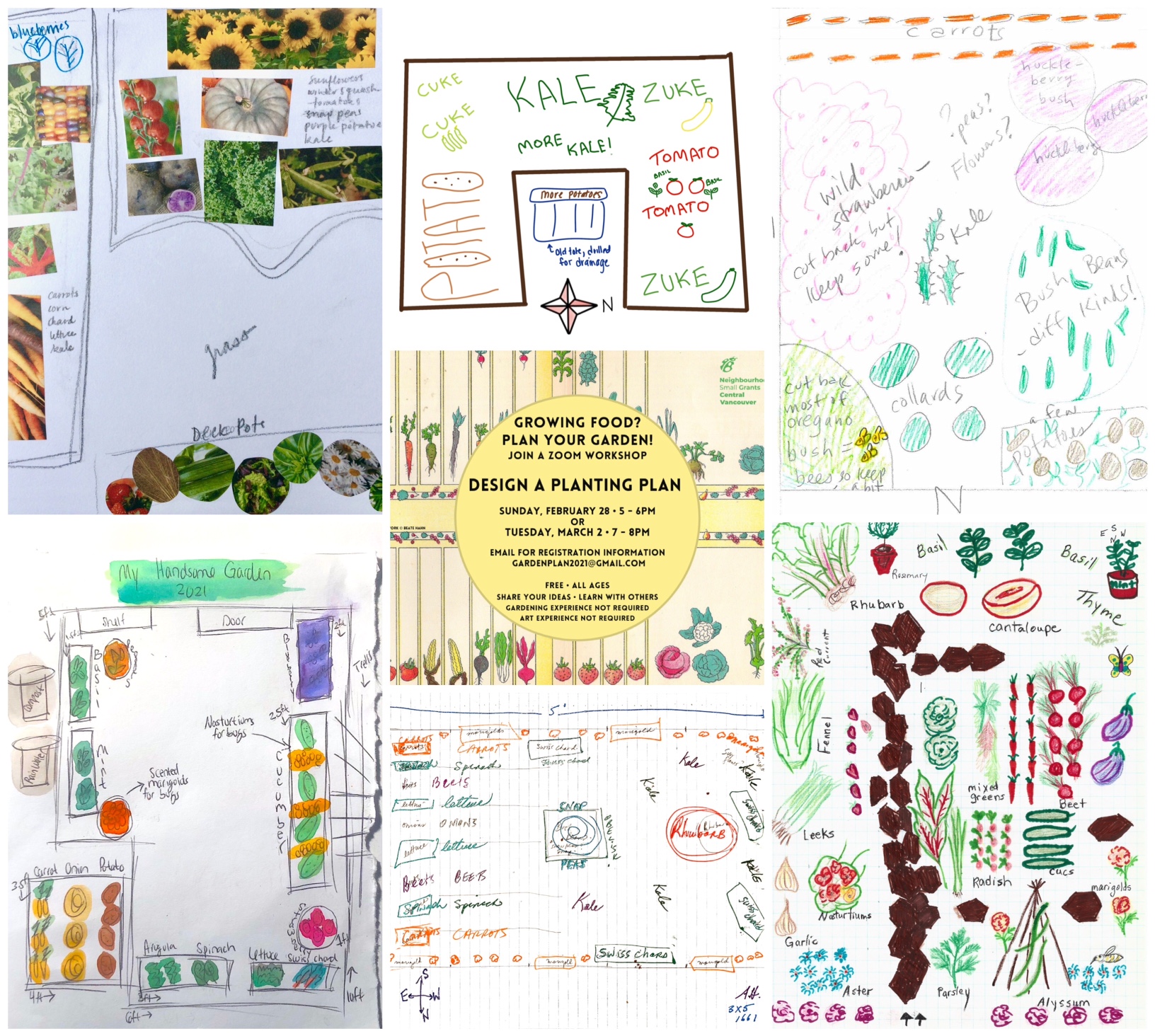 I offered two hour-long remote workshops for folks to gather and design planting plans for food gardens – even though February was a bit too early to start planting! These two sessions included over 40 folks, gathered in community, including garden veterans and novices. I shared considerations for preparing a food garden, and showed a variety of visual options for making a plan, using drawing, digitial tools, collage and felt. We spent 25 minutes making plans, each person in their own zoom studio. During this time, we chatted about various things. A number of very skilled gardeners joined the workshops; many good questions and answers were exchanged. Twenty-two folks sent me their plans, and collected 22 plans; I assembled them in a small booklet. This ‘zine was printed in a run of 60 copies. Each participant received a copy, picked up at LMNH with safe protocols. Extras were shared with a few garden groups that helped publicize the workshops (Brewery Creek, Creekside, Riley Park, City Farmer). A few examples are included here. Folks seemed super happy to participate in the sessions, grateful for the connections – some meeting old friends across the screen, others making new acquaintances.
{Post Image:11}