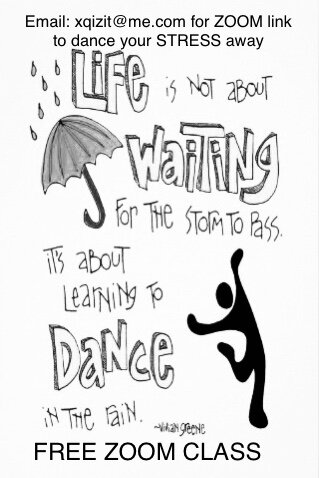 I held several ZOOM sessions, with open invitation to join. It has been scientifically proved that DANCING, or even just MOVING your body to music, for only five minutes, lowers cortisol (the stress hormone) levels better and faster than any other form of exercise or medication you can employ. In my ZOOM sessions, I taught the steps to the Universally popular dance inspired by the song JERUSALEMA, and then all viewers were encouraged to dance or at least move to five minutes of the song.
I was originally only going to do ONE ZOOM session, but it was very well received.
I feel it was an immense success!