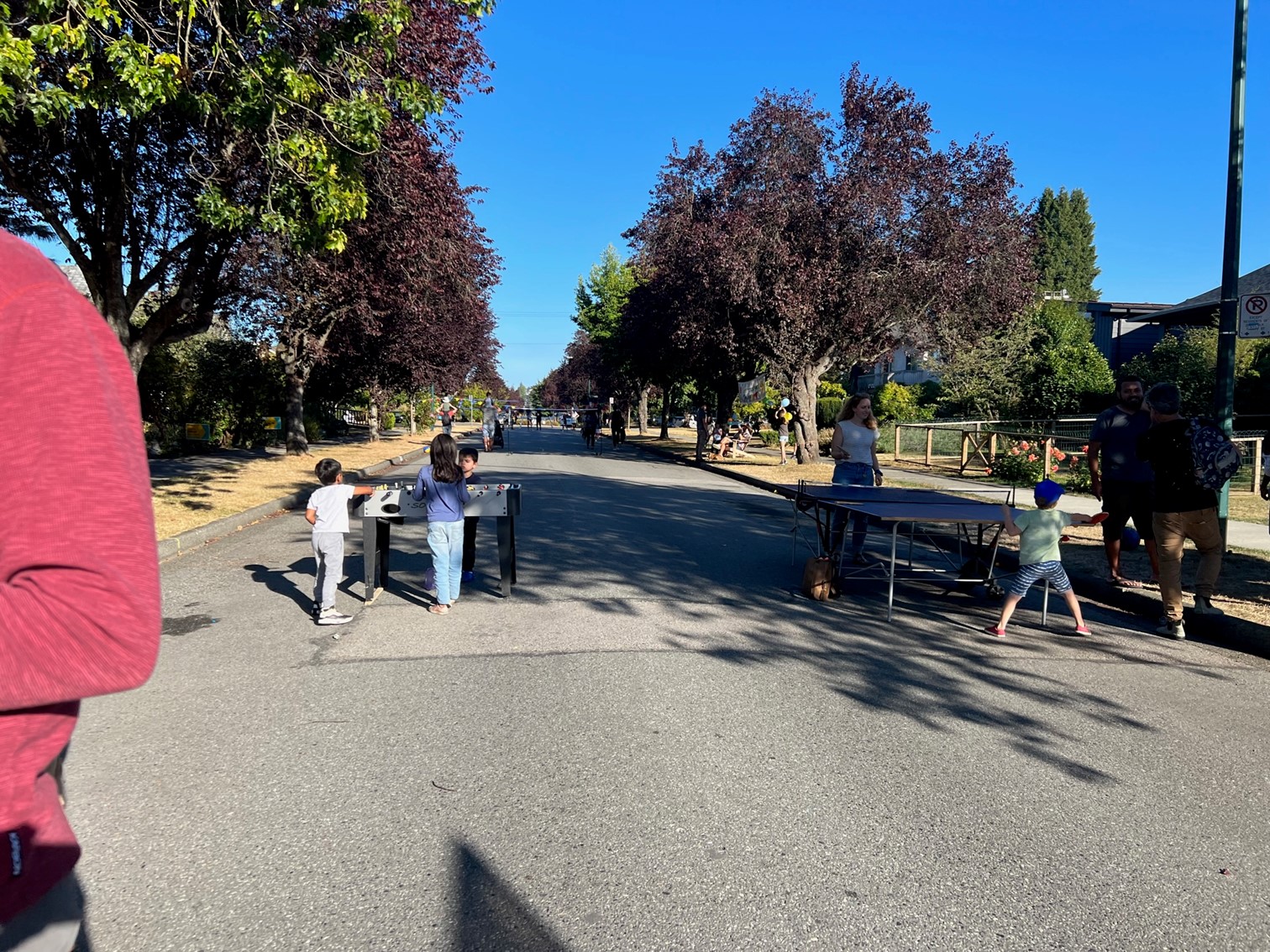 This was the first time the 2600 Block of Trinity hosted a street party. We had five households on 2600 volunteer on the organizing committee AND households from the 2500 & 2700 blocks as well. The 2800 block, experiences with doing block parties lent, us their decorations. Tremendous gratitude goes to the volunteers from 2700 who really wanted to make the event inclusive for teens and pre-teens with games and activities. The first few hours of the event, on a gorgeous late Summer Sunday of September 18th, were dominated by kids playing in the streets – they greatly outnumbered the adults and were having a great time with carnival games (run by teens), plasma car races, basket ball, and volleyball. Younger kids enjoyed castles and tattoos in front yards – and a very popular scavenger hunt with prizes. (Carnival games also had prizes).

Then the music began. Everyone was blown away by the two bands that live on the 2600 block – we had sound systems set up across the street from each other. Million Dollars in Pennies won the crowd with their own folk music. Scary Lizards then knocked it out with 80s cover music…and Phill Bo (2700 representation) closed the evening with a looping lounge music that felt like a musical massage.

I would be a miss if I did not mention the food. One household donated 200 samosas and we had a BBQ belting out hotdogs, along with chips and pop/water from a self pour container.

And gratitude to Firehall 14 who made an appearance after a busy afternoon of calls. Always a hit with the kids!

We met new neighbours, had a chance to visit with old ones…and the neighbourhood does seem even friendlier post block party. A great success and looking forward to making it an annual event! Thank you NSG!